The first and perhaps the most common type of aluminium slat fencing is the horizontal design. The slats run horizontally, and the number you need depends on how high you want a fence to go. More horizontal slats increase fence height, which is ideal for areas close to high traffic paths or streets. The ease of installation also depends on the length of the slats. For instance, long aluminium slats require two or more people to hold both ends and screw or bolt them to posts. Horizontal aluminium slat fencing is associated with high levels of privacy because stacking slats creates sight breaks that make it difficult for prying eyes to discern what you are doing.

Louvred aluminium fencing can have a horizontal or a vertical slat configuration. The only difference between louvred aluminium fencing from the first two types is that slats are angled in the former. Angling fence planks increases privacy because the overlapping slats create the illusion of a solid wall, especially from a distance. Someone only begins to see through the slats and inside the compound as they approach a property. Louvred aluminium slat fencing is also an excellent windbreaker, particularly for people living near beaches. As the wind blows through the gaps, the angled slats create turbulence on the other side of the fence, reducing its force. 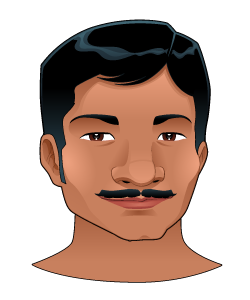 Hello! My name is Richard. If you are planning to install a new fence on your property, you should read on and check out my articles below. I spent a long time investigating the best types of fence. I had noticed that my wooden fence was starting to rot so I wanted to replace it with something more sturdy. My brother, who works in the fencing business gave me some spectacular advice which helped me to choose a metal fence. Now that it has been installed, I couldn't be happier. I hope you like my blog and that it helps you to find the right fence.

Why Should You Install Chain-Link Fencing Around Your Business?
9 September 2021

Is Glass Pool Fencing the Right Fit for Your Home?
7 December 2020